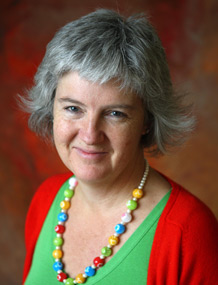 The University of Exeter, SSE, Consumer Focus and WWF, along with representatives from 20 other organisations, have published the results of a series of roundtables on UK energy policy.

The final communique of the roundtables concluded that the Government’s draft Energy Bill and existing energy efficiency policies would in their current state, fail to deliver a secure, clean and affordable power sector for the UK and would result in the UK missing out on some key economic growth opportunities.

There was a strong consensus across participating organisations were that current energy policy was inadequate in terms of:

Nick Molho, Head of Energy Policy at WWF-UK said: “Today’s publication comes from an unprecedented collaboration between a range of organisations from across the energy sector. Whilst we are all coming at this from different perspectives, we all want the UK to succeed in developing a clean, secure and affordable power sector and are deeply concerned that current Government proposals are just not up to the job.

“It’s by putting energy efficiency at the heart of energy policy and by giving tailored, proportionate and long-term support to the renewables sector that we can put the UK power sector on track for a successful decarbonisation and one that could be full of economic growth opportunities.”

Keith Maclean, Policy & Research Director, SSE, said "The very broad objectives of government policy - security of supply, decarbonisation and affordability - are absolutely the right ones. Over the last decade, however, energy policy has been bedevilled by inconsistency and incoherence and a failure to integrate properly the issues of supply and demand. The novel, integrated approach taken by our group shows how the Energy Bill could be used to address this long-standing problem - it is an opportunity that the government should take."

Professor Catherine Mitchell, Energy Policy Group, Geography at the University of Exeter Cornwall campuses, said "Today’s publication is positive, progressive and driven by a desire to deliver a more sustainable, secure and affordable whole energy system. The Government should take the Roundtable’s comments into account as it moves forward with the Energy Bill."

Audrey Gallacher, Director of Energy at Consumer Focus, said: "Our energy supply must be made greener and more secure. But as the costs for improvements will lead to bigger bills for consumers, effective measures are needed to help those struggling to afford higher energy prices. Current Government plans are simply not sufficient to tackle the scale of fuel poverty, with the energy efficiency help available in England actually falling as bills rise. Using some of the extra revenue from carbon taxes could go a long way to plug the funding gap in help for those who need it most."